What do a billion-dollar lip kit empire, a size-inclusive denim line, and a disruptive shapewear company have in common?

Each company is owned by a Kardashian/Jenner. And they’ve all brought in over $1 million in sales on launch day. That’s the power of selling direct-to-consumer (DTC). (And of building a trusted brand).

Love them or hate them (or love to hate them), America’s first reality TV family knows a thing or two about launching brands and selling direct-to-consumer.

The youngest Kardashian/Jenner launched Kylie Cosmetics in 2015. And her most successful launch to date brought in $19 million on the first day. When Kim Kardashian West launched her latest business venture, shapewear company Skims, the initial launch made $2 million in minutes. Khloe Kardashian’s denim line, Good American, reached  $1 million in sales on the first day of its release and was the biggest launch in denim history.

While most of us don’t have a reality TV show, 100 million+ followers on social media, or Kris Jenner in our corner, here’s what we can learn from the many Kardashian product launches.

Plant seeds for your product before its release

Before you have a beautiful garden of flowers… you have to plant the seeds that grow them. And the Kardashian/ Jenners are master seed planters.

Ahead of Kendall Jenner’s 818 Tequila launch, she slyly included people drinking 818 Tequila in photos and videos on social media. Kim Kardashian was always vocal about wearing shapewear, and she posted behind-the-scenes photos of herself wearing multiple pairs of Spanx before she launched Skims.

Kylie Cosmetics recently deleted all of the pictures from their Instagram page except one, letting users know that something big is coming.

Planting seeds like this builds up hype for a product prior to its release. And framing your big launch around a problem you face, and that your target audience faces is a great way to tell your story and ensure that launch day is super successful.

In today’s competitive landscape, to successfully launch a product, you need to build a brand to differentiate yourself. Part of brand building is having a clear mission.

Hey, you might have the best product on the planet. But if you’re not making your mission known, i.e., telling a story, telling the world who you are, what you stand for, why you’re here, and what sets you apart from the rest, your brand won’t resonate with consumers, and products won’t fly off the shelves as quickly.

All of the most successful Kardashian product launches have at least one thing in common: they’ve all made their mission known from day one.

Skims is inclusive shapewear for every body. Good American represents body acceptance + positivity for all women. Poosh is here to educate you about wellness.

Make your mission known by baking it into the messaging on your website, ads, and social channels. Want to learn how to craft a powerful mission statement? We love this article from our friends at BigCommerce.

If UGC isn’t part of your launch strategy, don’t sweat it. Here are some Kardashian examples to get you inspired.

The KIMOJI Hearts fragrance launch when Kim sent an edible candy heart with the fragrance bottle inside. This sparked Instagram story videos of people unboxing the fragrance pre-release, generating awareness and buzz about the launch.

Curating a shareable and memorable unboxing experience on social media is a great way to spread the word about a big launch. 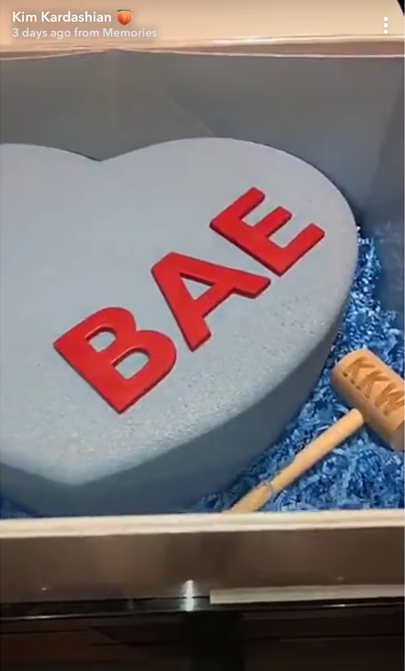 This hilarious TikTok review of the Skims Fits Everybody collection. The goal with UGC is to get people's honest and authentic thoughts about your product while making others want it. Erika Priscilla is all personality, all of the time, and we’re fans of hers already.

TikTok star Addison Rae dancing in Good American sweats. User-generated content doesn’t always have to come in the form of a review. For consumers, seeing someone whose lifestyle aligns with theirs using a product makes it desirable. With UGC, you’re not just selling a product, you’re selling an experience or a lifestyle. 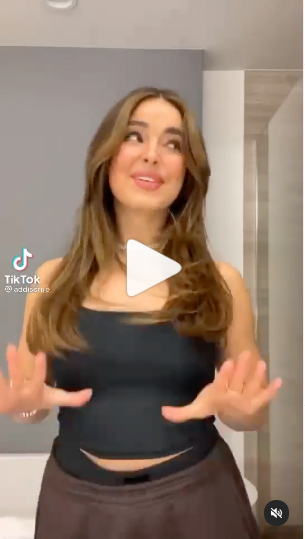 Looking to get your own user-generated content program off the ground? Read our blog post that covers all things UGC.

Think back to the early 2000s, or even the early 2010s. Product launches were announced on early-morning talk shows and radio programs. TV ads, billboards, and magazine ads were the primary mode of promotion. The norm was large marketing campaigns casting wide nets, hoping to reel something in.

If there’s one thing that sets the Kardashians apart from other celebrities and founders, it’s how they’ve consistently used social media to market themselves and their products from very early days.

The family was among the first to prove that you don’t need to break the bank with an ad agency or some other behemoth to get in front of consumers.

A social media presence and strategy go a long way. Kylie Jenner launched Kylie Cosmetics with just her social media channels and a Shopify store back in 2016 (she sold all of her inventory in seconds!).

Part of what makes selling direct-to-consumer so popular is that the barriers to entry are low, you don’t need to have millions of dollars to do it, and you don’t need to be backed by a big corporation to succeed.

Social media democratized advertising, and the ability to engage with a wide variety of audiences. Instead of paying large sums of money to an agency to get you in front of the right audience, you can do it yourself on social media.

Curious how your ecommerce store can benefit from social media? Read our Ultimate Guide to Social Media for Ecommerce.

Engage with your audience in multiple channels

When it comes to engaging with people, the Kardashian empire uses almost every channel you can think of. From reality TV and social media to email and ecommerce sites, to pop-up shops and in-person appearances, they’ve done it all.

Kim Kardashian launched a popup shop for KKW Beauty in Los Angeles and made a surprise appearance with her makeup artist and glam team. Kylie Jenner rented an ice cream truck and surprised fans at different locations in LA to sell her sold-out lip kits.

In addition to the more splashy ventures, the Kardashians use email and SMS just like the rest of us. Skims frequently uses email and SMS for product launches, product reviews, and restock alerts. 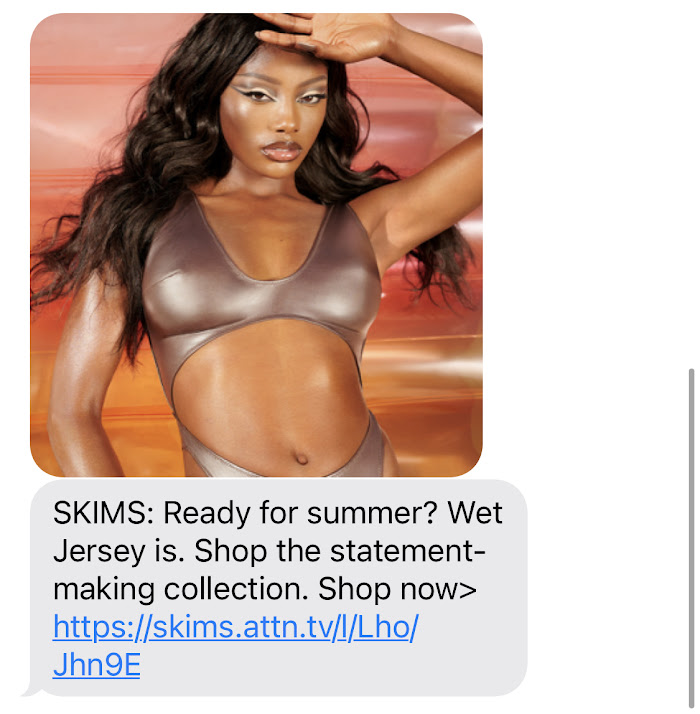 Okay, we know we’re not all celebrities. People won’t be cheering your name outside of your pop-up shop. But we can take away this lesson: through various channels, it’s important that you connect with your customers in a tangible way.

For direct-to-consumer brands, the best channels to connect with your audience are email and SMS. These are two channels that you own completely, and where you can control the customer experience.

Speaking of social media, another great thing about it is that it’s a low-cost way to collect customer feedback. If you get some not-so-great feedback, don’t stress out about it. Use that social feedback to improve your next product launch.

Before she launched her own perfume line, Kim Kardashian used Twitter as a focus group to gather feedback about the bottle shape and size.

Twitter is where you find out what the world is talking about, and the KKW Beauty owner stated that she uses Twitter to listen to what people have to say and talk to her followers.