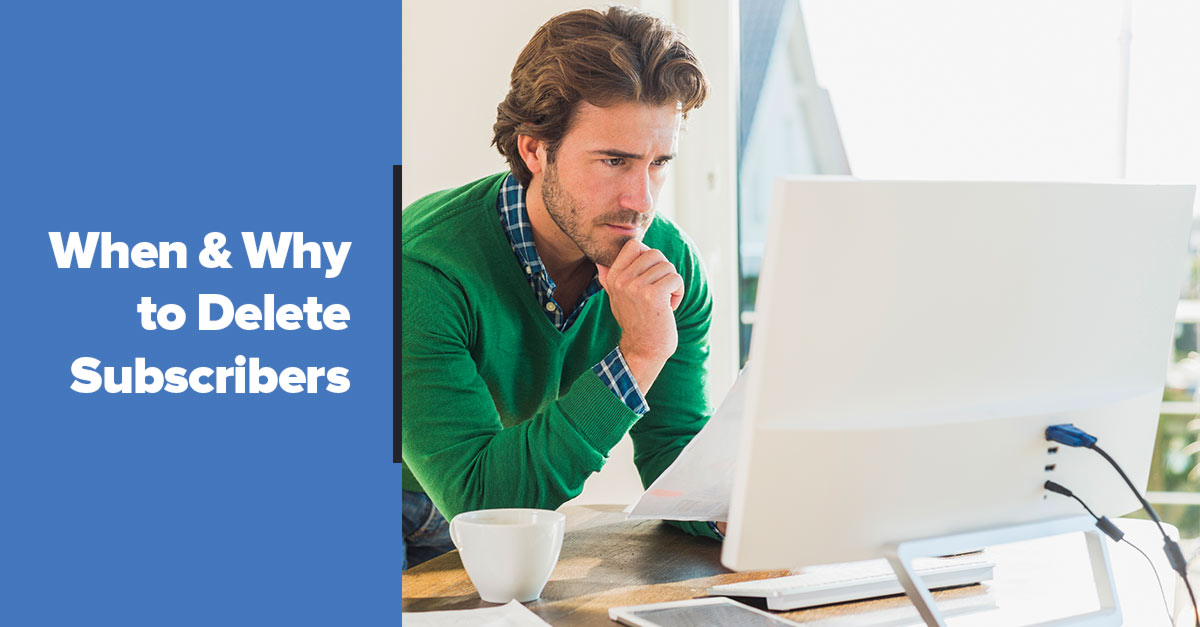 It’s not even lunchtime yet.

This seems like a lot to me, but research says my inbox is pretty typical. A 2015 study from market research firm The Radicati Group reported that the average business email user received 88 emails per day—12 of which were either spam or “graymail,” email from legitimate sources that the user no longer opens or wants to receive.

In my own case, many of these emails—a majority, even—are unwanted and irrelevant marketing emails.

As an email recipient, boring emails aren’t much of a problem to me. I can click “Delete” or “Spam,” or simply let every message that’s filtered into my promotions tab or spam folder go unopened.

But if I’m the marketer on the other side, this is a huge problem. I need people to engage with the emails I send them.

If you’ve done all you can to make sure your emails stand out from those dozens of daily emails, and you’re still struggling with low open or clickthrough rates, the problem may be that you’re simply emailing the wrong people.

I don’t mean that you’re sending emails to unsubscribed or invalid addresses—because if you’ve got a solid email service provider/marketing automation platform (like Drip), it should be taking care of this for you.

To get rid of the dead weight and cultivate a healthier, more engaged email list, you should take one more step: do some email list cleaning.

Why Should You Clean or Prune Your Email List?

There are a few reasons to take the psychologically difficult step of looking at the subscribers you worked so hard to amass … and dropping some of them from your list.

Just as Facebook tracks your engagement in an attempt to deliver you valuable content, many email providers are moving in the same direction.

Earlier, I mentioned that I’ve received 42 emails so far today. Only one of those is from someone I actually know in real life, and the rest are marketing emails. Of those, only a few made it into my primary inbox, while Gmail filtered several into a spam folder and the majority into my Promotions tab. (If you wind up in Promotions, don’t worry too much: a 2013 study by Return Path reported that “after the widespread rollout of tabs left marketing messages a click removed from personal email, consumers continue to read them at roughly the same levels as before.”) 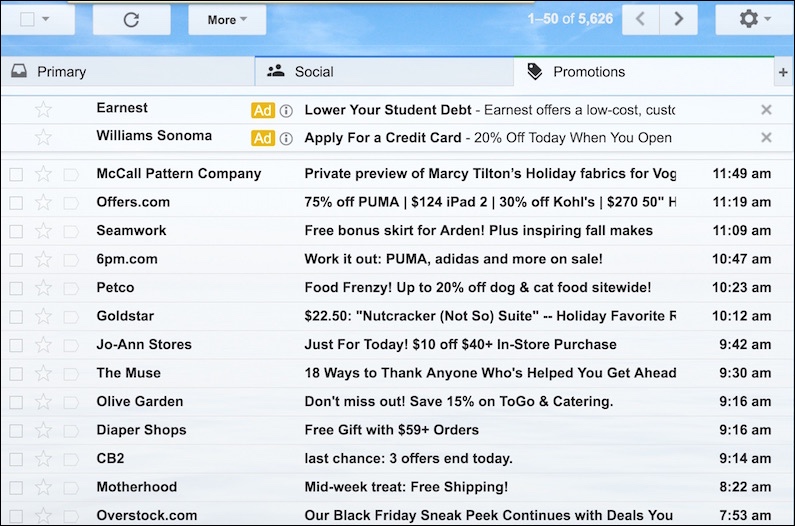 The best way to improve the chances of your emails being seen and opened is to maintain a healthy subscriber list—by dropping the dead weight.

2. Subscribers cost money. Cleaning up your list can also lower the cost of email marketing and improve your ROI.

Most email platforms charge you per list member (even if those people appear on multiple lists), per actual human subscriber (what we do at Drip), and/or by email send. And the people who don’t engage are earning you absolutely nothing in return.

If you stop sending to those that don’t open your emails, you’ll be sure you aren’t paying this tuned-out-subscriber tax.

3. A checked-out email list makes it harder to tell what’s working in your email marketing—and easy to get discouraged. Say you have 10,000 email subscribers—but in practice, about half of them have stopped engaging.

So when you run tests or assess what email approaches are working, your results are clouded by those 5,000 subscribers who aren’t going to be activated. It doesn’t matter what you do, because they’ll keep doing the same thing: nothing. You want to learn what works with the portion of your list that is—at least occasionally—engaging.

Say you prune those disengaged 5,000 subscribers. Whereas before, 120 people clicking through on an email would have shown up as an underwhelming 2% clickthrough rate, with the dead weight gone that number jumps to 5%—a little more heartening. That doesn’t itself affect your results … but it sure might affect your mood and your drive to move forward.

But isn’t there still hope for anyone who hasn’t bothered to leave your list yet? If they’re truly never going to become a customer, wouldn’t they just unsubscribe?

Research says no. Earlier this year, the Leadpages team released a study on how people respond to marketing emails they no longer want. Here’s how the study population answered:

Fewer than half of U.S. internet users say they do the rational thing and unsubscribe or update their email preferences. The rest of them just look the other way—or, in the case of 8.9% of respondents, mark the emails as spam.

The potential blow to your reputation as a sender should scare you a little. That slice of disengaged users isn’t just neutral—it’s dangerous.

At Drip, we have a built-in tool to help you clean up your email list. With every plan, you can use our subscriber pruning feature to remove subscribers who are no longer engaging with your emails, keep your marketing costs down and your list quality high.

Just navigate to your Subscribers tab and choose Pruning Operations. From there, you have two options:

1. Count-based pruning: Choose this option if you send emails somewhat irregularly or infrequently, then select the number of unopened emails you’d like to trigger removal from your list.

2. Time-based pruning: If you email more frequently, time-based pruning may be a better option. I’d recommend choosing subscribers who’ve been inactive for no less than 30 days so you don’t end up dropping people who may just be on vacation or temporarily preoccupied with other things.

You can also choose to prune people on some lists and not others using filters. It’s up to you.

When you’re ready, review the list of contacts generated by your pruning filter, press the big red button, and those people will be unsubscribed from everything at once (and dropped from your subscriber count).

This is a simple bulk operation you can set a reminder for yourself to perform every few months. If you like, you can even give leads another chance to stay subscribed by first applying a tag to inactive subscribers and dropping them into a re-engagement workflow first. 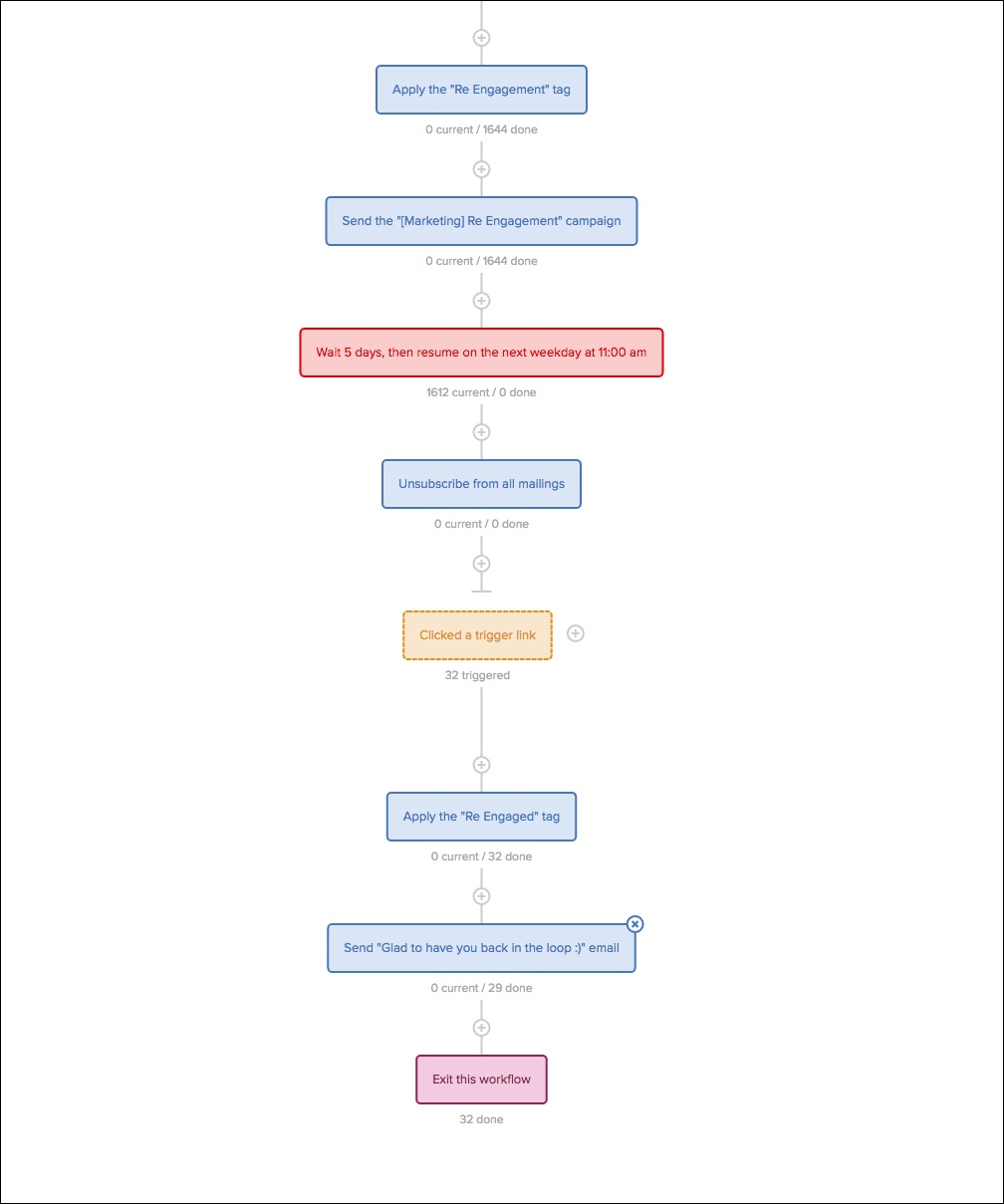 Or, you can enable lead scoring and send a last-chance campaign to everyone below a certain lead score. (If you haven’t used this feature yet, when someone joins your list as a new subscriber, they are assigned a certain number of points. Every time they take an action, like opening one of your emails or clicking a link, they receive more points—and when they stop responding, they lose points.)

Are You on Your Way to a Healthier Email List?

If you’re thinking to yourself, “I’ve worked pretty hard to capture these leads. I can’t just throw them away …”

… remember this tough truth: you haven’t really captured these leads at all if they’re not opening any of your emails. Maybe you had them at one point, but now they’ve drifted away.

By culling your list down to those who are truly engaged with your messages—and either cutting your losses or designing special campaigns to re-engage those who’ve lost interest—you can ultimately improve your list quality, deliverability, open rates, click-throughs, marketing spend, and even ROI.

Then, say hello to your new, more active list—even if it looks a little smaller.

For your business, what criteria would you use to decide whether a subscriber is engaged or not? Tell us in the comments.